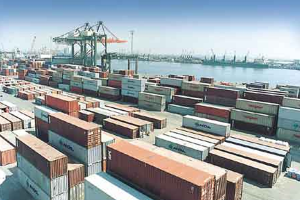 This is the second largest port of Pakistan after Karachi and it is relatively a newer port providing services to the ships using the port facility through a number of dedicated terminals/wharves for loading & discharging various cargoes. It handles a wide range of general, bulk, bagged, containerized and liquid cargoes.

Port Qasim is tidal port and access is made thru a 25nm long well marked entrance channel with a min depth of 12.37M at the entrance and 11.00M at the inner basin area.

The ships are generally piloted using two tug boats during day light only. However, ships with max length of 202M equipped with Bow Thruster & operational GPS, subject to prior approval from Port Qasim Authority are piloted during dark hours as well.

The major dedicated terminals at Port Qasim are:-

The only State of Art Terminal & Storage Facility for Bulk Liquid Chemicals & LPG in Pakistan which provides world class services to the growing chemical & petrochemical industry of Pakistan facilitating the ships to dock through its 225M Pier with a draft of 11M.

The Terminal at Port Qasim handles almost 90% of the vegetable oil imported in Pakistan through its well built ship docking facility and Well laid pipe lines.

The ships with 45,000 metric tons deadweight and 10.00 meters draft discharge their cargo into the adjacent custom bonded shore tanks.

The FAP Terminal which commenced operation in 2010 has revolutionized handling of bulk grain & fertilizer cargo in Pakistan.

QICT strategically located at Port Qasim covering a total area of 12 acres handles about 70% of trade of Pakistan.

Besides the designated terminals, there are 04 berths covering a total key space of about 410 meters with permissible draft of 10.00/10.50 meters used for load/discharge of conventional/dirty cargoes not accepted by the dedicated terminals.